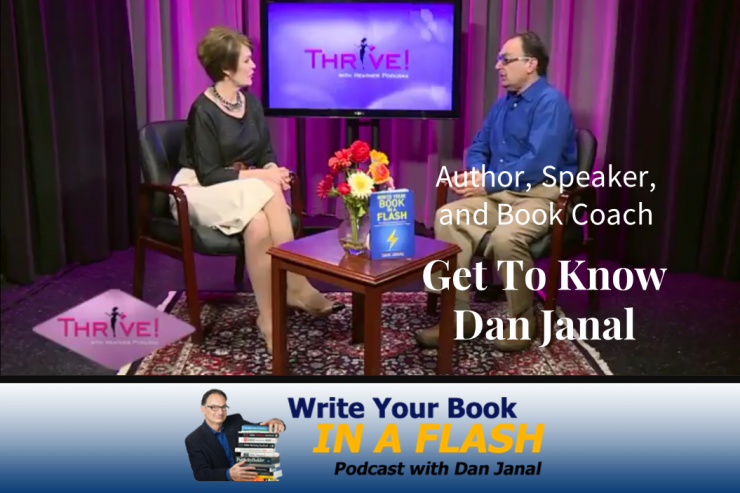 Dan Janal is one of the Founding Fathers of Internet Marketing and Publicity, having written one of the first books on this subject back in 1994. In addition to being an internationally-recognized speaker, Internet marketing consultant, and best-selling author, he is also an in-demand book coach, editor, and ghostwriter.

As president of PRLeadsToProfits.com, he helps independent professionals and small businesses become thought leaders in their fields so they can get more business more easily. He also provides services such as strategic planning, coaching and provides affordable rates for publicity services including press release distribution services and media list services.

Dan Janal was on the PR team that launched America Online and personally directed the PR launch of Grolier’s Electronic Encyclopedia, the first consumer software program ever produced on a CD-ROM.

He is the author of 13 best-selling business books on Internet marketing and publicity, which have been translated into a total of 6 languages.

Dan Janal has been featured three times on CNBC and has been quoted in periodicals, including The New York Times, USA Today, Success Magazine,  Los Angeles Times and Investor’s Business Daily, along with dozens of other publications and radio programs, including National Public Radio (NPR).

He has taught Internet Marketing at executive level conferences sponsored by Stanford University and University of California Berkeley Extension.

Dan Janal has addressed large groups of executives and business owners at events sponsored by the U.S. Postal Service, IBM, American Express/IDS, AT&T, Pacific Bell, American Chemical Society and many others. He has spoken at the national conventions of the Public Relations Society of America, the International Association of Business Communicators, Meeting Planners International and the National Speakers Association. He is a professional member of the National Speakers Association.

Before starting a career in public relations and marketing, Dan Janal was an award-winning newspaper reporter for the Today newspaper in Cocoa, FL, news editor of the Port Chester (NY) Daily Item and business news editor for the Rockland County (NY) Journal-News. He has won writing awards from the National Education Association and the Hearst Foundation. He holds bachelor’s and master’s degrees in journalism from Northwestern University’s famed Medill School of Journalism.

Dan Janal customizes his topics for each audience. His workshops and seminars feature case studies from attendees’ organizations and include hands-on activities that help the participant plan and implement actual tactics that can be implemented immediately. Your attendees will get an immediate return on their valuable investment in time and money!

Full disclosure: I use these products every day. I wouldn’t recommend them if I didn’t. In some cases, I may receive a commission when you buy these products. I hope you adopt an affiliate program like this to boost your income.

Write Your Book in a Flash: See Our Episodes